Donna Daley-Clarke is a London-based novelist.

Thanks for meeting with me, Donna. I suppose my first question would be, what led you to start writing?

I don’t remember a time when I didn’t read or write. I read to my little brothers and sisters and then I wrote stories for them and read those instead and they seemed to enjoy those just as much. So I grew up with the idea that writing stories was something I could do as well as people who wrote real books. I made lemon curd at school and my brother’s and sisters thought it was amazing. So at twelve I figured I could make lemon curd and write stories really well.

Most people stop writing in later life. I went underground with writing because I sensed it wasn’t cool. I hid the writing but never hid reading. Everyone who knew me even a little, knew I loved to read, there was no hiding that. Then in my twenties I came out as a writer.

That’s a great quote, and very true. So how long was it between ‘coming out’ as a writer and beginning your novel Lazy Eye?

I’m not sure there’s a straightforward answer and maybe that says something about my creative process. So, for example, there wasn’t a clear coming out month or even year, it was a gradual fessing up. My short stories started being published and people would say, ‘I didn’t know you wrote.’ and I’d say ‘I guess so.’ The other thing is, I started Lazy Eye as a short story. I’d dip in and out of it (as I do frequently do with short stories, leaving them fallow for long periods of time) but the story kept growing and it took a while for me to realise it was a novel. Then there’s the ‘writing in my head’ thing that I do for ages before I actually write.

Nah, I prefer the first answer…
I do the ‘writing in my head’ thing too – my current work-in-progress had been kicking around in there for at least three years. So, when you’ve been writing in your head for a while, at what point do you feel ‘ok, I’m ready to start now’?

I don’t know about you, but I think writing in my head might be me wanting to hold onto it for a while. Stephen King talks about writing with the doors closed, when it belongs to you and it’s perfect or might be, until it’s shared with the world, or a friend, or an agent for feedback and then the doors are open. I think Stephen King is right, but there’s a stage before you write with the doors closed and that’s writing in your head. I don’t think it’s conscious when you stop writing in your head and start writing on the page. There just comes a time when you need to see it written down, to test it, to read it back as a reader.

Yes, I think some ideas need time to ‘marinate’ before they’re ready to become public.
So, in terms of your writing process, what does that look like? Do you begin with an idea, a character, or none of the above?

Sometimes nothing can inspire me to write, other times it can be anything and everything. Often there is a meshing of different things, so the short story I am working on now was triggered by a (brief) encounter with a mentally ill man outside an underground station, a news report on the radio and a bike I saw chained to a lamp post. Overheard dialogue, found shopping lists, names, graffiti viewed from a train window, shoes, music, the balance printout left in an ATM have all been springboards for stories. Although I can be inspired by random stuff, when I start writing I begin with character, because what interests me most is people.

That’s funny because I actually do the same thing. I have phases where I see ideas everywhere and can’t stop writing and creating, then at other times the well has dried up completely – which makes deadlines quite interesting…
So, in the midst of all these ideas, how do you decide which to pursue creatively?

I think I pursue ideas that shout the loudest, ideas that continue to excite. I definitely wait for a piece of dialogue to attach to a character I can hear in my head. I’ve had debates with other writers about writing ideas down and yes I see that and do that sometimes, but I also feel that if an idea has gone in a few days or a character fades, then I wonder if they would have survived on the page. Would the ideas/characters have enough energy to sustain rewriting and editing?

That’s such an interesting question, and I’ve actually had that conversation with other writers/comedians too. Personally, I like to write down every idea just in case it turns out to be The Greatest Idea In The World!  I know a lot of people take the opposite view though – that if it’s not strong enough to survive for a few days then it wouldn’t have worked anyway.
Are you working on anything at the moment?

I’m working on a few short stories at the moment. I say at the moment when really it feels like a dip in and dip out sort of thing. I miss having a sustained length of time to work at something creatively.

What are you working on?

At the moment I’m working on my new novel, which has gone from ‘pure joy’ to ‘dreaded chore’ and back again about a hundred times now. And that’s just today.
So I know that you teach Creative Writing, is that something you’d always wanted to do?

Creative writing is a relatively new thing. I think the first official creative writing programme at MA/PhD level started in the late 70’s and boomed in and 90’s. I don’t think it even came into my consciousness until the late 90’s when I read writers bios and noticed some of them were teaching creative writing. So, no it wasn’t something I always wanted to do.

I got the opportunity as a result of being on a creative writing programme and being taught and then teaching. I loved teaching creative writing. I know you have a teaching background so you will understand the buzz of watching other people learn and grow. But I felt drained by it after a while.

I heard Paul Smith talking about his early days as a designer and he said he always did other stuff to pay the bills but never designing because that was his creative self and you don’t mess with that. I think he’s mostly right. Teaching creative writing takes from the same pool as creativity, at least for me.

Anyway, I grew out of love with teaching, especially in academia. Now, students pay so much for their courses, especially foreign students, so there is an intensity and pressure to succeed that I don’t think is helpful to the process of writing.

I have a friend who teaches creative writing to homeless people. She managed to get a small publisher to publish a collection of their stories. I think in future those are the kind of projects I would like to be involved in.

That’s a really cool story about Paul Smith, I haven’t heard that before.
And it’s interesting what you say about how teaching creative writing takes from the same pool as creativity. I imagine I’d feel the same.
Ok, so lastly, what advice would you give anyone wanting to write?

The world doesn’t mind if we write or not. There isn’t a shortage of writers. This is especially true in the West. So if you want to write go ahead, great. Go for it. Read everything you can and invest in a good chair.

Thanks Donna, it’s been really interesting speaking with you. 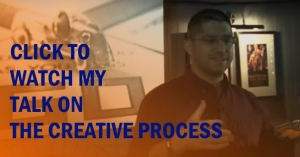